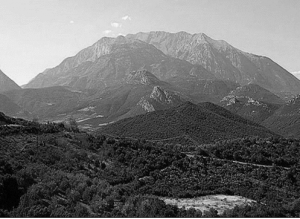 The Sclavos family traces its roots back for centuries in Cephalonia, with a branch of the family immigrating in 1700 to the Black Sea port of Odessa in modern day Ukraine with contracts for the distribution of wheat using their privately-owned commercial boats. As early as 1860 records exist of Evriviadis Great-Great Grandfather owning a large winery and family estate in Odessa. In 1919, following the Russian revolution, Evriviadis Grandfather returned back to the island of Cephalonia to their property of 6 hectares in the Paliki peninsula where he planted his first vines of Mavrodaphne and Vostilidi, some of which are still in use today.

Today two generations later the domaine vineyards are assiduity cared for and have been cultivated for the past 20 years under a homeodynamic regiment. In addition to this Sclavos Wines also sources another 4 hectares from local farmers in the Robola Zone of the island and have recently planted their own domaine vines within that zone. All wines follow the same criteria: old-vine original rootstock bush vines are used irrespective of the cultivar, spontaneous yeast fermentation, unfined, unfiltered bottling and nominal sulphuring. The average yields in all of Sclavos wines rarely rise above 30 hl/ha with some going as low as 16 hl/ha. The vines are not irrigated and benefit from the unique limestone terroir of the Robola Zone in eastern Cephalonia under the slopes of Mt. Ainos and the limestone, clay, and sandstone soils of the Paliki peninsula. Collectively these processes make for some of the most natural wines that Greece produces. The main goal of the winery is to produce wines that are inexorably linked to the terroir of Cephalonia, with fauna, flora, soil, and micro-climate all adding to the diverse influences on the vine and cultivars.