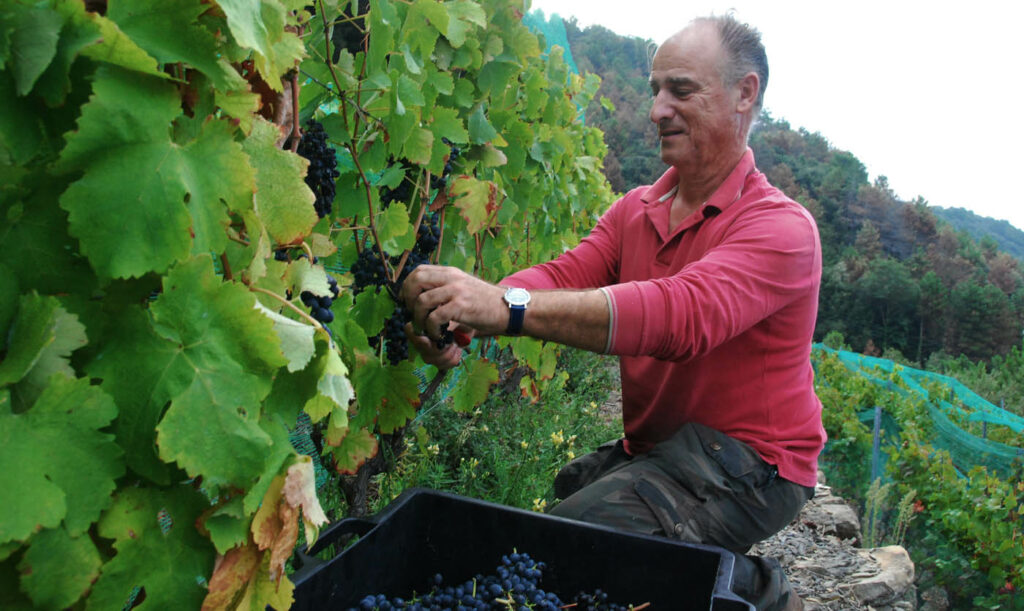 Walter de Battè has winegrowing going back in his family generations—farther back than he can trace. Though he never properly studied oenology, he used the foundation of his predecessors’ knowledge to make wine from the rugged terrain of the Cinque Terre. He started his career in the early ’90s making wine for the local cooperative, making the traditional blend of the region as well as the passito-style Schiacchetrà. The bureaucratic constraints of the cooperative and DOC regulations on vinification left him feeling that the resulting product had become too far removed from the traditions of the region, so he began making his own wines without an appellation designate to regain his roots.

In addition to these wines, de Battè produces minuscule quantities of Altrove under his own name. The wine, a blend of centenarian vines of Vermentino and Bosco with Marsanne and Roussanne planted at the turn of the century, hearkens back to his family’s Provençal origins. With all of his wines, de Battè uses very low levels of sulfur and bottles without fining or filtration.

With [prima] Terra, de Battè is able to work with both varieties that are indigenous to the Cinque Terre, as well as other native and international varieties that are suited to what he feels is quintessential Mediterranean winemaking. He farms a few vineyards covering about 3.5ha in total. The majority of the production is released under the [prima] Terra moniker. Carlaz, a Vermentino named for a local benefactor of legend and lore; Harmoge, comprising the classic blend of Bosco, Vermentino, and Albarola, embodying the harmony of the varieties and the area; Tonos, a blend of Sangiovese, Merlot, Canaiolo, Cilegiolo, and Vermentino Nero is another nod to balance—the name a local term for chiaroscuro; and Çerico, a blend of Grenache and Syrah planted to schistous soils reminiscent of the Northern Rhône. 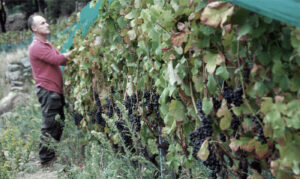