Domaine Zafeirakis represents one of the most exciting new Domaines of Greece. Nestled in the foothills of Mount Olympus, in the region of Thessaly, Christos Zafeirakis has built a winery both in honor and continuation of the four generations of winemakers in his family that preceded him. Having an impressive resume including completing his oenology masters degree at the University of Milan and consecutive years of work in Tuscany, Piedmont, and Alto Adige, Christos returned to Tirnavos and immediately started to set new standards by creating the first organic vineyard in the area in 2005. As if that weren’t enough, he extended the family’s holdings to 8 hectares and worked tirelessly to reintroduce the obscure native varietal Limniona which was nearly extinct due to the phylloxara epidemic 80 years prior. 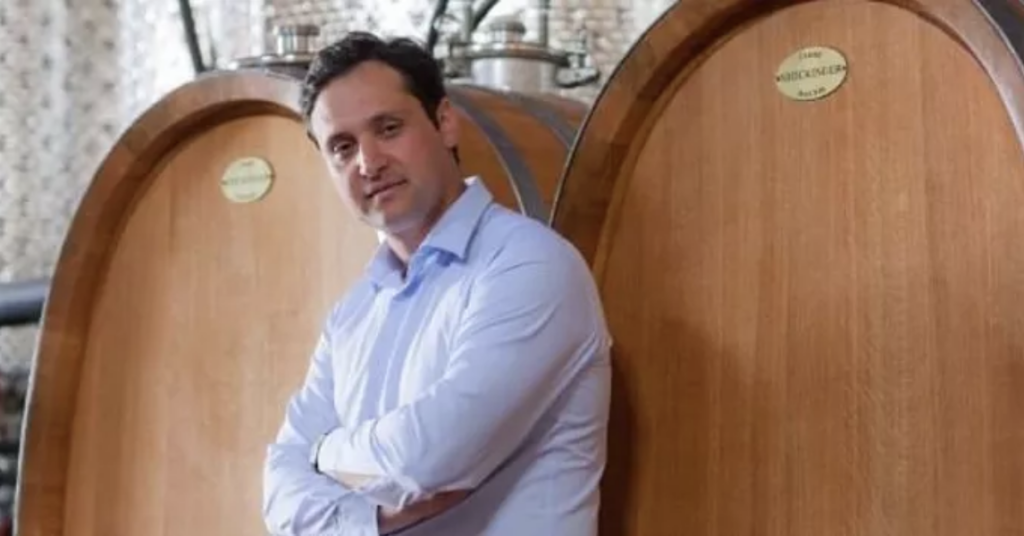 Christos Zafeirakis’ wines are all certified organic. Spontaneous yeast fermentation is a must, whether the vinfication is happening in stainless steel or in the 1200L Austrian fermentors he employs for his reds. Additionally an intensive selection massale is taking place at Domaine Zafeirakis, and he continues to refine the clonal selection through this process to raise the bar of his wines year after year.

The area of Tirnavos has high clay deposits which dominate the overall terrior. Various vineyards like Palaiomilos (old mill) have sand and flints along with the clay, while his Kampilaga vineyard is more fully clay with calcium concentration and a high amount of trace elements due to the fact that this area had once had an ancient river run through it. Throughout the year the vineyards are carefully and rigorously cultivated. Every season is important whether it be winter pruning or summer harvest. Technical choices are always made with respect to the environment and guided by the quality objectives year after year.