“Our family is as steeped in winemaking history as anyone could imagine,” says Periklis Tatsis, one half of the sibling team that owns and operates Tatsis with his younger brother Stergios. “During the disintegration of the Ottoman Empire and the forced population exchanges in 1924 our grandparents came from Ano Vodeno in Eastern Romylia,” an area of Thrace that equates roughly to today’s southern Bulgaria. Periklis explains that his people were always grape growers and winemakers and it had been the trade of the family since time immemorial. “They came from a village that was homogenously Greek, like a leftover from Byzantium, and draw their history from there.”

When the Tatsis family was moved to Greece they chose to settle in Goumenissa, an area (and appellation) that was covered in vine and spoke to their values and history. The fit was natural and the Tatsis brothers forbearer’s property started with a scant 4 hectares that has now grown into 14 with additions that they’ve made since taking over the domaine from their father with their first vintage in 1996. Periklis works the land and oversees the vines with Stergios in charge of making the wine although the lines often blur with a family endeavor. The wines are certified organic with many biodynamic principals applied but the best way to describe them is as one of the small group of original natural winemakers in Greece to pop up in the 1990s, numbering no more than 3 or 4 at most at a time when international varieties, commercial yeasts and 100% new oak was the norm in the rest of the country. 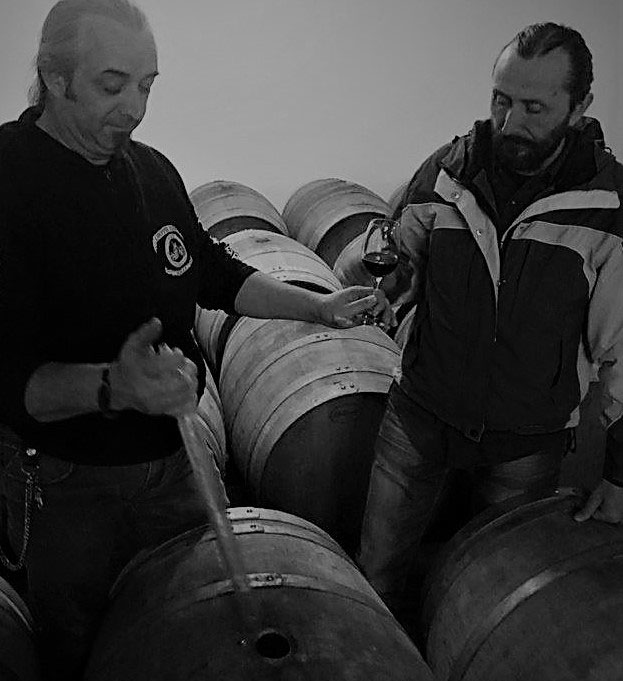 Tatsis wines can easily be seen as traditionalist in nature but that would be only a part of the story. They constantly experiment, doing long macerations of their native white varieties and long élevage for roses. They release their appellation Goumenissas with significant bottle aging for a true representation of the wine as it should be enjoyed. They are both a throwback as well as on the forefront of the wine scene in Greece with nary a care of what anyone else is doing.