The Clos du Caillou winery was founded in 1895 when Élie Dussaud settled there and created an old cellar. The land was originally used as a hunting preserve and ironically this history led to its exclusion from the Châteauneuf-du-Pape appellation upon its creation in the 1930’s. When the government experts arrived at the Clos in 1936 to survey the land for its inclusion in the new appellation, they were met with armed caretakers telling them they were not welcome! This is the reason for the seemingly inexplicable blank spot in the Châteauneuf-du-Pape appellation map. Clos du Caillou gives us some of the most spectacular terroir classified as simply Côtes-du-Rhône, and the wines which hail from this clos are anything but simple in their complexity and depth.

In 1955, Paul Pouizin acquired the Clos, quickly realizing the amazing terroir that lay in this forested hunting preserve, he set about clearing portions of the land and planting vines. Today, his daughter, Sylvie Vacheron, manages the estate with her winemaker Bruno Gaspard. 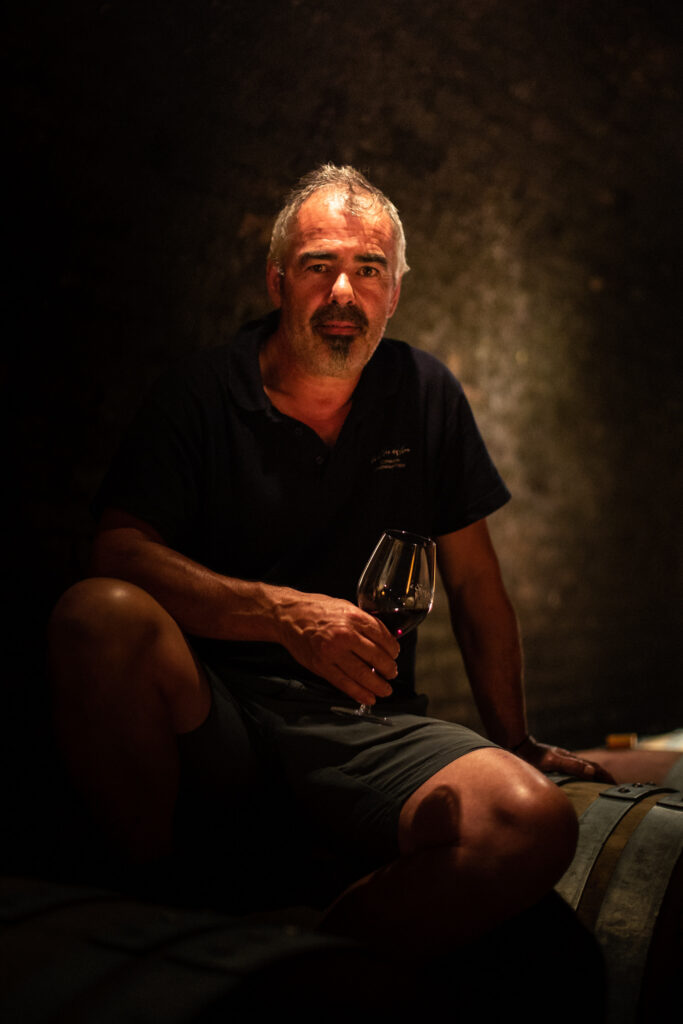 The land is worked with a respect to nature; undergoing regular plowing without the use of herbicides, pesticides, or chemical fertilizers. The winery was officially certified organic in 2010, and remains so today, however the family has been farming organically since the 2000 vintage.