Philippe Cohen, originally from Paris, lived in Saint Émilion for 10 years working as a négociant. His wife, Catherine, studied oenology and in her second year of the DNO (Diplôme National d’Oenologie) had an opportunity to intern under the legendary Jean Claude Berrouet, head winemaker at the famous Château Petrus. Jean Claude recognized the talent in his new intern and installed Catherine at the famous La Fleur Petrus, where she made their wines from 1995 to 2001. Following the 2001 vintage, Catherine worked as a consultant for many Châteaux in Bordeaux, but she and Philippe had always dreamed of having their own vineyards.

It was Jean Claude Berrouet who contacted the Cohens about the Château Vieux Taillefer, as he knew the current owner was ready to retire. The tiny 4.8-hectare property is perched on the banks of the Dordogne River, and planted mostly to Merlot, with a small amount of Cabernet Franc, and white varietals as well. The majority of the estate’s vines were planted in the 1950s, and had been tended very well, so the potential to do something great was already there. The Cohens dream became reality when they took official ownership just before the 2006 harvest. 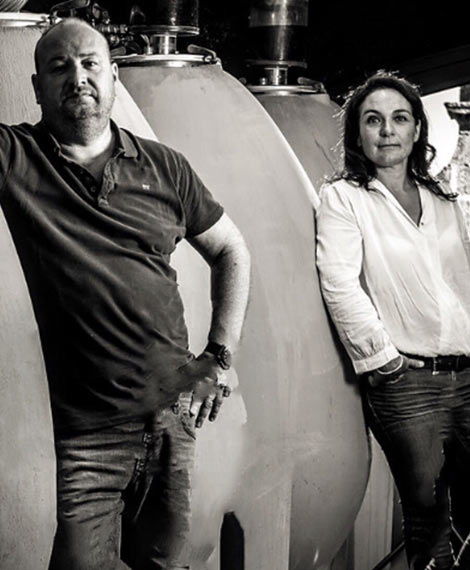 The couple has approached the Château with a more Burgundian-esque sensibility. They make two different red wines that are defined by soil, rather than the old hierarchical system normally employed in Bordeaux, consisting of a “First” and “Second” wine. All fruit is hand-harvested and undergoes a careful sorting before it is vinified in concrete tanks. The work here is 100% organic, thus there are no chemicals used in the vineyards or the winery. There is no fining nor filtration, and the Cohens are quick to point out that they employ no consultants at Vieux Taillefer. The aim is to produce wines of great terroir.

Their cuvée Pavillon de Taillefer comes from four different terroirs in Saint‐Emilion, composed mainly of gravel, clay, and iron‐rich clay soils. Pavillon undergoes a 12-month élevage in 2- and 3-year-old barrels. Their Chateau Vieux Taillefer bottling comes from a single vineyard averaging 90-years in age and planted on pure limestone. It is aged 16- to 18-months in oak barrels (less than 20% new). They also produce a white from 75-year-old vines. It is a blend of Sauvignon Blanc, with some Semillon, Sauvignon Gris, Merlot Blanc, and Chasselas. More than 200 years ago, the majority of the production in Saint‐Emilion was in fact white, and this wine pays homage to that history. 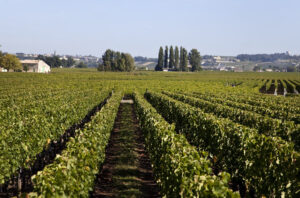