The domaine’s beginnings date back to the late 19th century when François Xavier Julien first purchased some vineyard land in Comblanchien and Nuits-Saint-Georges. After the second World War, François’ son Armand set about expanding their holdings by purchasing more vineyards. His son Gérard continued the expansion in the 70s and 80s bringing the estate to roughly 10 hectares, where it is today with his acquisition of parcels of Nuits Villages, Nuits-Saint-Georges and Echézeaux Grand Cru.

Gerard’s son, Étienne (the fourth generation family-member to run the estate) has recently taken over at the domaine, but in a very short time it’s clear he is a real talent who is continuing to improve. In the coming years he no doubt will be one of the fresh faces in Burgundy that everyone will be talking about. 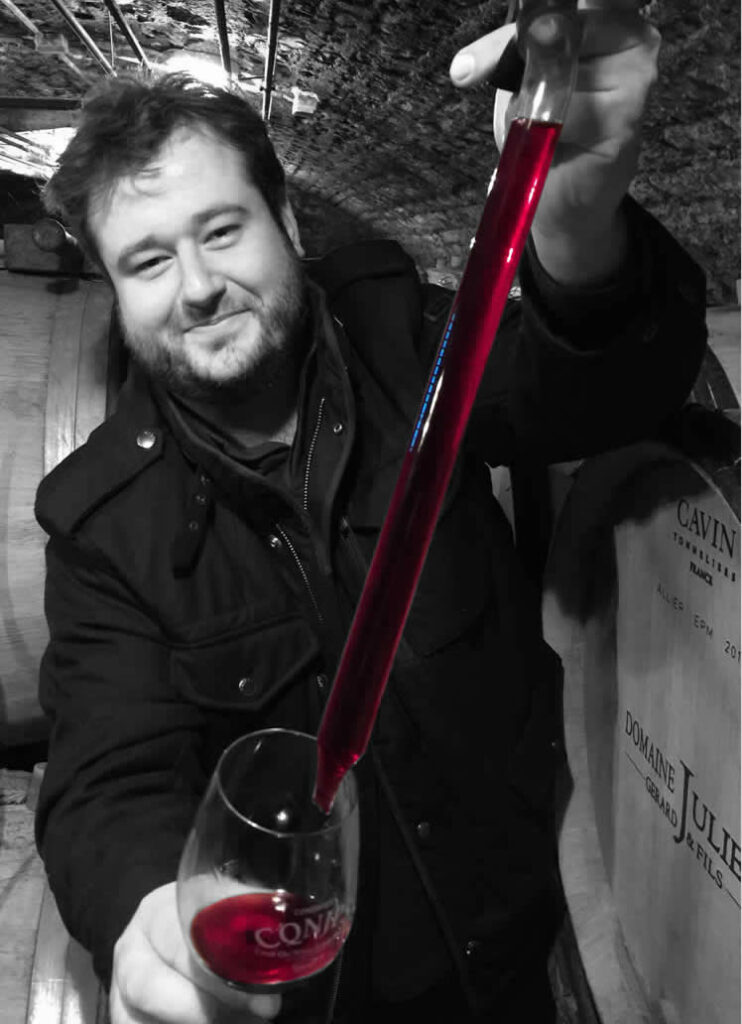 Étienne has set about upgrading things from the moment he took the reins, beginning with the vineyards. A more organic approach was adopted and now they follow a strict “lutte raisonnée” methodology to control disease and pests. Yields are carefully controlled now and there is a sorting both in the vineyard as well as the winery before the grapes are destemmed. After a maceration of a few days with minimal punch downs, the wines are vinified and aged in 228L barrels until spring of the following year before being bottled. For the Côtes-de-Nuits-Villages and Nuits-St-Georges, the wines typically are aged in 30% new barrels, whereas the Nuits-St-Georges 1er Cru and the Echezeaux will see 50% new barrels.